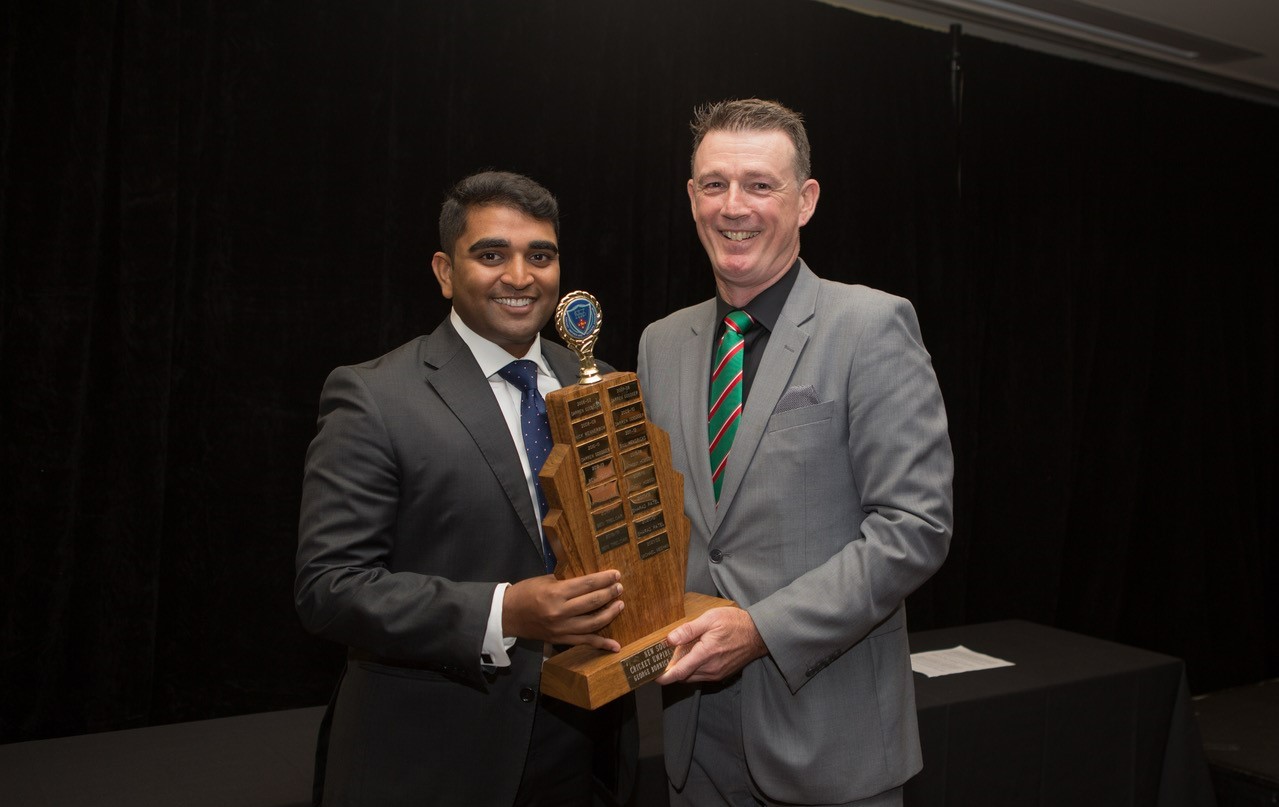 Michael Meehan has taken out NSWCUSA’s highest honour for the first time at the Association’s Annual Dinner and Awards Presentation held on Saturday evening in Bankstown.

Meehan was presented with both the George Borwick Memorial Award and the Panel 2 Medal on the night, celebrating a season which saw him make his Men’s First Grade debut – in the Round 14 match at Pratten Park between Western Suburbs and eventual premiers Mosman.

The award recognises excellence on-field and commitment to the Association off the field – Michael achieved an average captain’s mark of 4.8 out of 5, attended every NSWCUSA meeting over the summer and was available to umpire every weekend.

The E. F. Wykes OAM Association Medal – the equivalent award for affiliated associations – was awarded to Sydney Shires Cricket Umpires’ Association’s Simon Dodwell recognising his contribution to the SSCUA on and off the field during the 2021-22 season.

Keiran Knight won the Kevin Pye Medal for Country Umpire of the Year for the first time – in what was his second season on the Country Umpire Panel which saw him officiate his first Country Championships Final.

Sydney Cricket Club’s Harpreet Singh received the Malcolm Gorham Scorers’ Award recognising his contribution to the club and the high standard of his scoring craft which has seen him score WBBL, WNCL and Second XI in recent seasons.

The Alan Marshall Medal – with the same criteria as the Borwick, for first-season umpires – was presented to Ram Tadepalli, who attended a majority of NSWCUSA meetings and averaged 4.17 from his 12 matches.

Darren Goodger was presented the Panel One Medal for a 12th time – and seventh consecutive season – with a match average of 5 out of 5 from Men’s First Grade captains.

Aldo Cantori became the inaugural winner of the Women’s Panel One medal, officiating in 12 matches as a member of the panel and achieving a match average of 3.85.

Having won the Panel 4 Medal last season, Nathan Harvey won the Panel 3 Medal in his first season on the panel, averaging 4.70 across the summer.

In his second season umpiring in Sydney, bringing with him extensive experience in the UK – Andy Storey took out the Panel 4 Medal with a match average of 4.54. 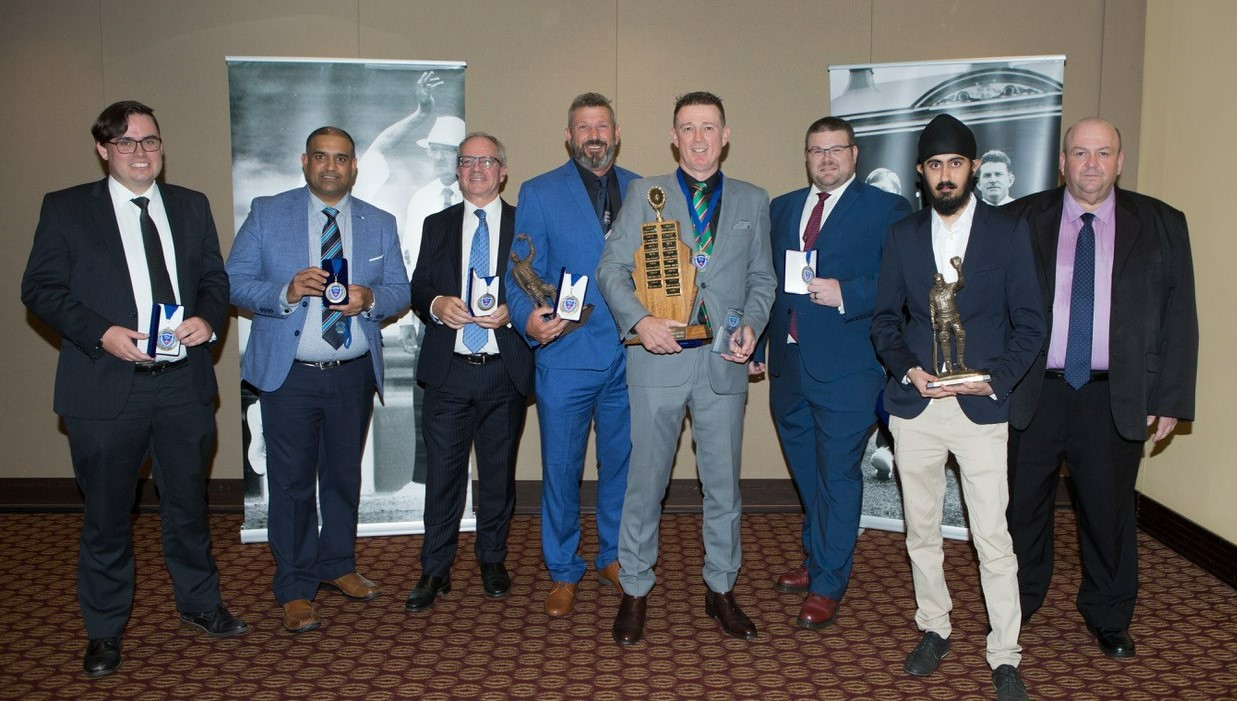 The Association also recognised the contribution of former SCA Code of Conduct Commissioner John McGruther, making a special presentation to him for his support of match officials across his 20 years in the role.

Recently elected Life member Bob Davis was presented with his Life Member blazer – having been awarded the honour at an Ordinary General Meeting held online in August.

Umpires making representative debuts during the season were also recognised, with Troy Penman and Ben Treloar having made their BBL debuts and Claire Polosak making her Women’s Test match debut.