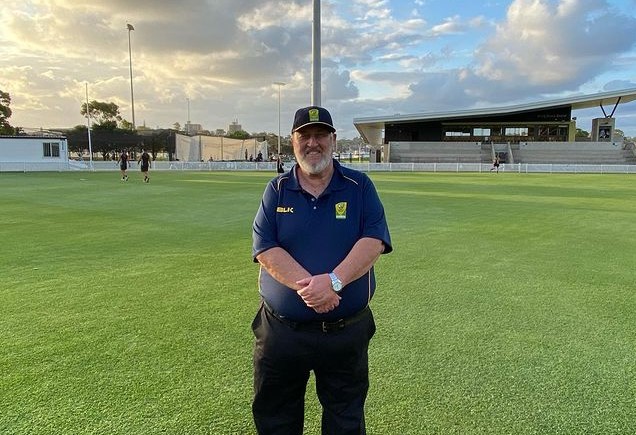 NSWCUSA Life Member Ian Wright will tomorrow become Australia’s 113th Test scorer as he makes his debut in the Third Test between Australia and India at the Sydney Cricket Ground.

The debut comes during a busy international season for Wright – having scored each of the two ODIs and T20Is which took place at the SCG late last year.

Commencing his scoring career in Sydney Shires with Macquarie University in 2006, Ian has scored for NSW Premier Cricket’s Sydney Cricket Club since the beginning of the 2010-11 season.

In addition to his club duties, this season has also seen Ian score 19 matches in WBBL|06, including the Melbourne Stars v Perth Scorchers semi-final.

He made his first-class debut back in December 2013 when he recorded the New South Wales v South Australia Sheffield Shield match at the SCG.

Wright has now accumulated 75 matches as a scorer across Australia’s male domestic competitions, having recorded 13 first-class, 34 List A and 28 T20 matches.

Ian’s partner for the match will be Mosman CC scorer Toni Lorraine, who will be recording her third Test match since debuting in 2011-12 – adding to her tally of 31 international matches.

The on-field umpires for the match will be Victorian Paul Reiffel and NSWCUSA member Paul Wilson with Queenslander Bruce Oxenford to be the Third Umpire.

NSWCUSA member Claire Polosak will be Fourth Umpire – marking the first occasion a female umpire has been involved in a Men’s Test match.

Milestones Galore in Premier Cricket Round 10