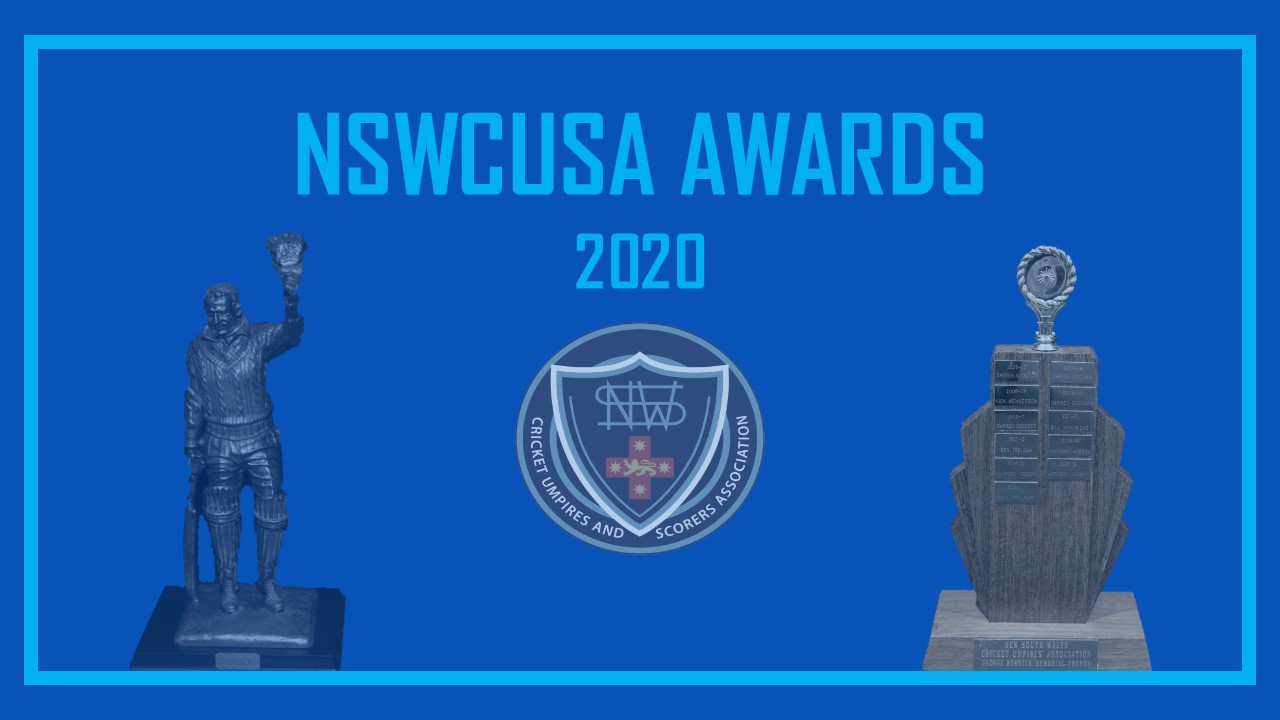 On the final day of NSWCUSA’s online Awards Presentation, we conclude the presentation by announcing the winners of the E. F Wykes OAM Association Medal and the Association’s highest honour, the George Borwick Memorial Award.

The Ted Wykes Medal was struck in honour of our late President and Patron, he was also a long-serving Vice-President of the New South Wales Cricket Association.

Ted was a Test Umpire and a great friend and mentor to many in our Association, always so generous with the time he gave to improving the Association.

A man of few words, Ted was a true leader by his actions and commitment – he was widely respected in the game as a man of the highest integrity.

The winner of the Ted Wykes Medal is a member of an affiliated association who has displayed excellence and commitment to that association on and off the field throughout the season by way of meeting attendance, availability and consistent umpiring performance.

The winner of the E. F. Wykes OAM Association Medal for 2019-20 is David Cullen. 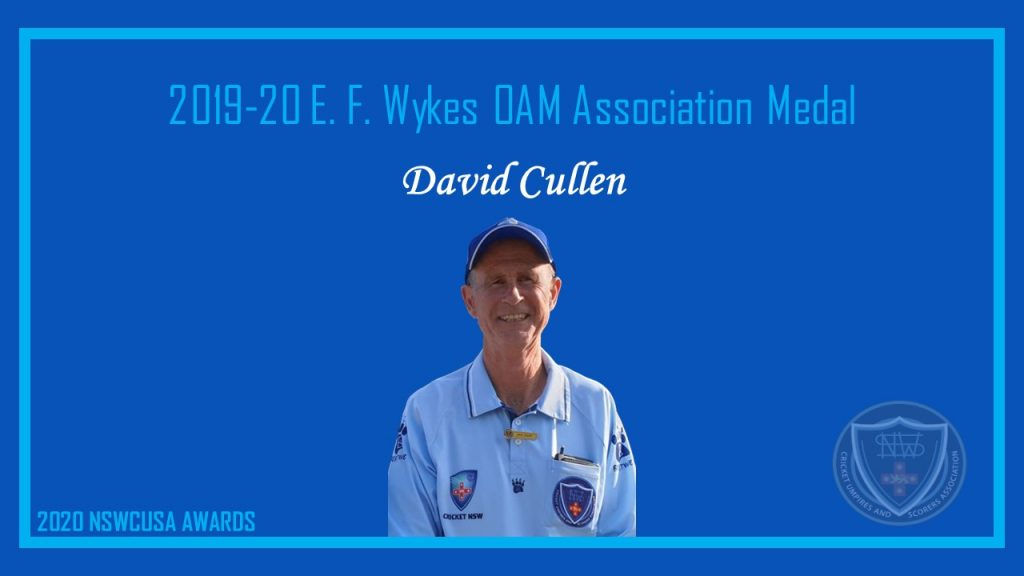 A member of the Illawarra Cricket Umpires’ Association, David attended every meeting during the season and served as part of the ICUA Training Committee.

In this capacity he led a field-craft training session for new members before the season started and during the season he developed two educational documents for the benefit of his fellow members.

For the past four seasons, David has been a member of the NSW Country Umpire Representative Panel; he is an umpire held in high regard both in the Illawarra and across New South Wales.

He was on field for the Women’s Regional Bash Final between the Coffs Coast Chargers and the ACT Aces at the SCG in January as well as the Illawarra First Grade T20 Final in February between Northern Districts v University.

You would have to travel a great distance to find a more genuine and humble individual who prides himself on teamwork and helping others.

He is respected across the cricketing community for his umpiring ability, dedication and composure.

The George Borwick Memorial Award is named after former Association President and Patron who umpired 24 Test matches, including each Test of the Bodyline series – the Award was instituted in 1982 to perpetuate his memory.

It is presented annually to the member who exemplifies the spirit of George’s contribution by their efforts both on and off the field during the season.

A points system is used to determine the winner taking into account: availability, meeting attendance and the average mark from captains’ assessments.

The Award was keenly contested this season, with just 0.43 first and sixth.

The top six in contention for the George Borwick Memorial Award were:

The winner of the 2019-20 George Borwick Memorial Award is Ben Treloar, winning the Award for a fourth time. 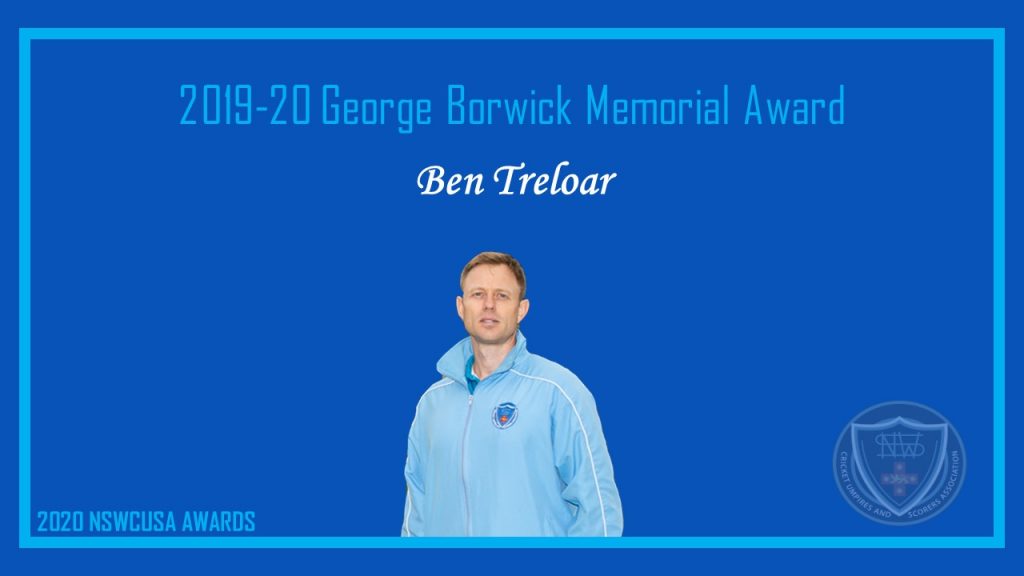 A member of the Cricket Australia Supplementary Umpire Panel, Ben made his List A debut in Adelaide in October and was on field for both the WBBL and WNCL Finals this year – an outstanding achievement.

He was also appointed to five matches during the England Lions’ tour of Australia and officiated as Third Umpire during the BBL.

A highly-respected official, he was also appointed to the Kingsgrove Sports T20 Cup Final between Sydney and Hawkesbury at Drummoyne Oval.

The winner has now umpired 228 SCA matches since joining the Association in 2006, 143 of which have been in First Grade.

During the season, First Grade captains praised his decision-making, concentration and ability to remain composed under pressure; he finished with an exceptional match average of 4.82 out of 5.